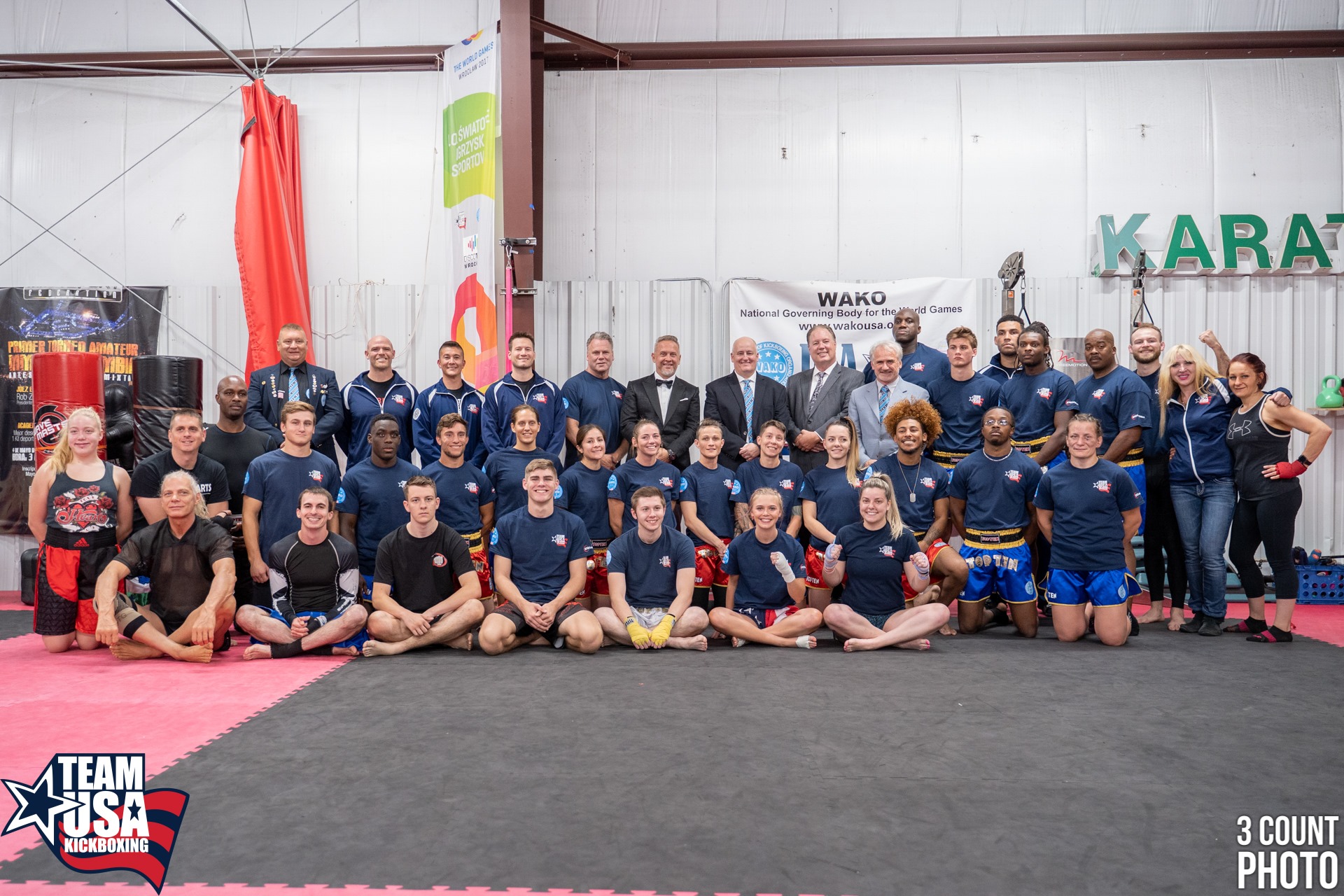 World Association of Kickboxing Organizations (WAKO) Team USA Kickboxing just wrapped up the Official WAKO Team USA Kickboxing Training Camp, which took place at the WAKO USA headquarters in Huntley, IL. The camp has come to an end after a long weekend of tough training, but it will definitely never be forgotten.

In attendance were 17 out of the 25 athletes who will be going to Bosnia to compete at the WAKO World Championships, WAKO USA athlete alums, several WAKO USA coaches, officials and other kickboxing supporters like USFMMA co-founder, Justin Brown.

“I am proud to see Kickboxing and K1 getting proper recognition across the United States through WAKO Team USA. It is important that we continue to work together as Combat Sport Federations and regulatory bodies to standardize rules, regulations and expectations nationally. We share many of the same club members, athletes and coaches as our counterparts with WAKO so its vital that we uphold the same standards and continue to work together,” said Justin.

The weekend was filled with people who are all working towards the same goal: becoming champions in the sport of kickboxing.

WAKO USA President, Rob Zbilski, said, “this camp had the most talented fighters in attendance and were so impressed with every fighters ability to give it there all throughout the entire weekend. I look forward to seeing this team compete in Bosnia.”

With an intense two days of training underway, the dedication of the athletes who traveled from all over the country was never more eminent.

“We truly appreciate the athletes who have traveled great lengths to be here for the training camp. We understand the sacrifice that they make and appreciate their dedication to our organization, which makes our jobs to put on a great camp for them, so much easier,” said Ashley Zbilski, WAKO USA Membership Director.

The camp went from 12pm – 5pm on Saturday and 9am – 12pm on Sunday. Saturday was filled with immense amounts of technical drills taught by WAKO USA’s head coaches, Chris Cichon of the Cellar Gym and Mark Greubel of Greubel’s MMA. On Sunday, the athletes were able to test the waters with their fellow teammates in several rounds of nonstop sparring.

The bonds formed at this training camp with the athletes and coaches are ones that will be carried on to Bosnia later this year. Liz Helton, female athlete fighting in the -60kg, low kick division, found it extremely remarkable to meet her teammates and the coaches she will be going to the World Championships with, “this is the future of amateur kickboxing. The leaders of WAKO have amazing ideas about how to make this sport important in the US and to help us catch up to 100s of countries around the world.”

With the biggest team to ever take on the World Championships for Ring Sports, WAKO USA plans to bring home some hardware. The WAKO Senior World Championships (K-1, LK, LC) will take place from October 19-27, 2019 in Sarajevo, Bosnia, and Herzegovina.